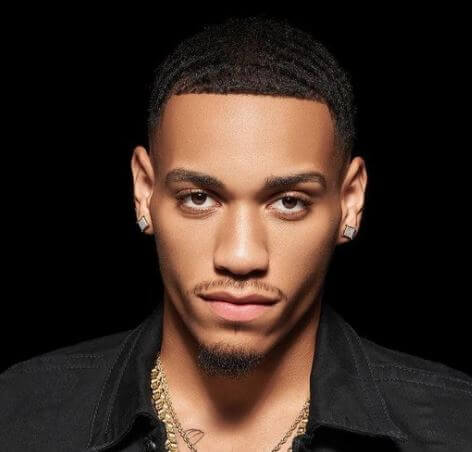 Truth serves as a student originally belonging to Texas. He is studying criminology subject at the university.

Currently, he is spotted on the television reality show “Too Hot to Handle” to find his romance. He mentioned his first love as Basketball and is having fun settling down.

Truth isn’t his real name. His full name is Robert Christian. After revealing his name on the show, all his fans felt hysterics.

It’s been said that when he entered the show for the first time, people there questioned him if Truth was his real name?

However, he told them it was not. Anyway, his original name is okay too, he added.

Furthermore, Truth said that he will always speak 99.9% truth. That’s the reason he goes by that name.

As soon as he revealed his name, the audience straightly went to the comment section and commented, watching #toohottohandle, and the one mentioning the comment cackled when the guy flashed out his original identity as Robert.

Another one mentioned, the man referring to himself as Truth when he is a whole Robert and so on.

Is Truth still not ready for having a serious girlfriend?

During the introduction segment, he admitted that he is still not ready to be in a serious relationship.

However, he is enjoying his single life. In his words, he included, he is having too much joy with many different women to settle down now.

He is not at all ready. Later, adding he will be ready in the upcoming years, it might be in his thirties, forties, eighties, or somewhere there.

Nevertheless, he pointed out that the woman loves him and the feelings between the two are mutual too.

Truth seems to be the man of few words

His TikTok is said to be one giant thirst trap. In his bio there, he has only mentioned his height and places he lives in, i.e., Houston.

He is only spotted posting videos where he is captured smoldering into the camera or lip-syncing.

Nevertheless, his Instagram looks the same with his mirror pics and shirtless poses. Also, the caption he writes is usually small with just an emoji or two-three words.

Was he dating two girls at the same time?

Truth is said to be the huge rule-breakers during the days at Too Hot to Handle villa. At that moment, he moved towards both girls, i.e., Izzy and Jazz.

He shared kisses to both women and said that he wanted to be with the two of them. Nevertheless, the two girls found what he was up to.

Lastly, he was dumped from there for not following the rules completely.

Back then, he uploaded a TikTok on 6th October 2021, where he was captured mentioning his sister.

The caption given was, “My sister be hating” with a hashtag fyp, family, nephew, babysitting.

It’s all we have regarding his family. It is assumed he belongs to mixed ethnicity of African-American and Hispanic.

In 2022, his actual net worth is not revealed yet in the media. However, we assume he might get paid decent amount as he is a college basketball player and a model.

If he won the show, he would have total 200,000 dollars. Being a student of criminal science, Robert Christian will get a good salary after his education completes and he begins his career in this field.

According to sources, his estimated net worth is 100,000 dollars.