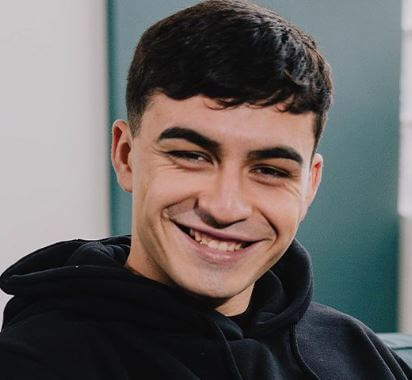 Pedri is a Spanish professional football player. He plays as a central midfielder for Barcelona and also plays for the Spain national team.

His full name is Pedro Gonzalez Lopez. He was born and raised in Tenerife, Spain.

He is one of the very hardworking and successful football players from Spain. He is known for his excellent and unique skills in the field.

He has always shown interest in football since a very young age. He started his youth career in the year 2015 when he was just 13 years old.

He then started his senior career in 2019 and also started playing for the national teams in 2019.

He has established a very good example for many youngsters who wants to pursue their career in football. He is not planning to look back any time soon.

There is no information on Pedri’s dating history or even any rumors.

According to his social media accounts and other sources, he doesn’t have anyone he is dating.

He is also not involved in any rumors about any flings or relationships. He has a very clear record when it comes to his love life.

His only girlfriend or relationship is with football currently, as he is the most focused on his career now. His main focus is his career in football.

He is too invested in football that he doesn’t want to distract his attention in anything else.

How did he get into Barca?

He started to grow the love he had for Barcelona from a very young age.

He has an older brother who introduced him to the club, and his grandfather was also the founder of a supporter club of FC Barcelona.

Since he was surrounded by supporters of the club, it is automatic that he will grow as a fan of the club.

The whole family is fans of Barcelona:

His whole family is a fan of FC Barcelona, and they have been supporting the club for a very long time.

The amount of love they had for the club can be seen by the plates they used to use. They used plates that had an inscription of FC Barcelona.

So, we can say that the family is very proud as Pedri is in their favorite club.

He always considered Andres Iniesta as his role model. Since he was young, he always looked up to Andres.

According to the footballer, Andres made football look more like an art instead of just a sport.

He started to increase his skills and started performing very well in the fields. He started showing that he was a very capable player in the matches.

He then joined the club Las Palma where he became the youngest goalscorer on the team.

Not originally from Spain:

He and his family are actually not originally from Spain.

His origin is from Mauritania, which is located in Africa and near Morocco, which is also a hotspot for football scouts and has been fetching youngsters to Europe.

The net worth of Pedri is estimated to be around $9.4 million. His main source of income is his successful career as a football player.