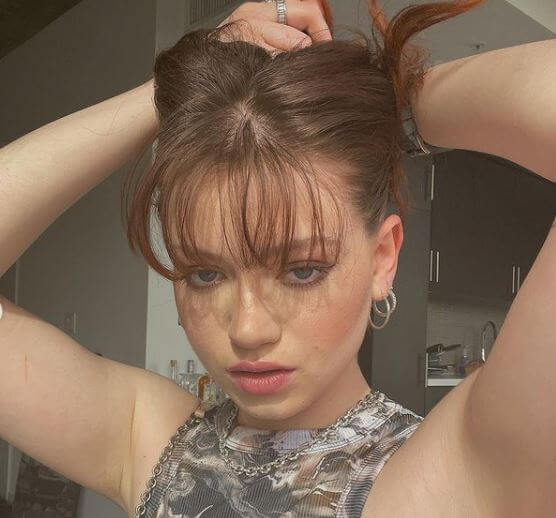 Dytto is a famous American dancer, actor, and host best known as Robo-Babe, Queen Tut, and the Barbie girl.

She is trained in contemporary, ballet, tap, jazz, and hip hop.

She was born Courtney Nicole Kelly, but she is popular with her nickname Dytto.

Her unique style of popping, animation, and robot tutting has differentiated her from the other dancers.

It has become a social media sensation with 3.81 m subscribers on her YouTube channel under the name Dytto and 4.2 million on her Instagram.

As a T.V. host, she hosted The Drop for World Of Dance, and as an actor, she has been credited to several music videos, movies, and T.V. shows.

She has also appeared in the popular talk show "The Ellen DeGeneres Show" as a guest.

A young robotic dancer rose to fame with her first dance video, which she posted on her YouTube Channel on 10th November 2014.

Her dance video on Barbie Girl Remix provided her wide recognition as Barbie Girl and later performed in World Of Dance.

She also made an appearance in the Indian dance show Dance plus: Season 3.

After grabbing people's attention, she started making more and more videos related to her dance form and style.

She has also been providing tutting tutorials. She is the recipient of Streamy Awards for dance 2019.

She is not yet married.

She has a boyfriend who is also a professional choreographer

She is in a relationship with her boyfriend, who is also a professional choreographer.

He is Zaya Sosho, who is famous as Kangfrvr, leader of The Future Kingz.

One famous dance troupe, The Future Kingz, was ranked 2nd place at World of Dance Chicago in 2015.

The couple first met at the set of Down Bad.

He had come to L.A. to shoot at the time, and as soon as she met Zay, she asked if he was ready to work with her.

Eventually, they fell in love, and it was Zay who first said I Love You. They have a lot of dance videos together.

Out of which Da Baby video got 2.6m views.

Below you can see a video of Q&A of her with Zaya.

They began dating in 2016 and were seen showering love for each other on the red carpet and various other events.

However, the couple is not together anymore.

She is born to her mother, Diane Kelley, but she has not mentioned her father's name.

She was raised alongside her elder brother, Brandon Kelley, in Miami, Florida, United States.

Her brother Brandon is a pilot. To pursue her career, she moved to Los Angeles and has been residing there since then.

Dytto has emerged as a popular dancing sensation.

Her highly appreciated dancing skills are making her more popular day by day with an increasing number of fans.

She is earning pretty well as a choreographer, actor, and YouTuber with the possibility of increasing net income in the coming days.

Her net income as of now is: